Today I was amazed by force of nature. Something that you can't resist. It's there, nature it's there on her position, waiting us calmly to be understand of the situation. The situation that made us suffer, the situation that happen because we made it suffer first. So this tragedy happen for a reason, to let us know that earth is sick because of us.


Karishma VaswaniBBC News, Jakarta
Jakarta, the capital of South East Asia's largest economy, was brought to its knees today because of rising floodwaters.
Cars and motorcycles broke down midway through their journey, as the waters inundated parts of the capital city. Many Jakartans have been left stranded because of the lack of public transport, wading through roads that have turned into rivers to get to their destination.
As a result many government offices and businesses have been forced to close. Some schools have told their students to stay at home.
Jakartans are used to dealing with floods - this happens every year because of the torrential rains. But this time, even the usually immune central business district has been affected. In low-lying areas, residents have said waters have reached 2-3 metres high.
People here regularly complain that the government hasn't done enough to upgrade its infrastructure and protect its citizens from what could have been an avoidable disaster.

As reported by BBC News, Jakarta were freeze in a moment since the water came and become higher every second. I wanna share some pictures from detik.com, these picture shown us how powerful the nature is and human being nothing but a selfish creature. 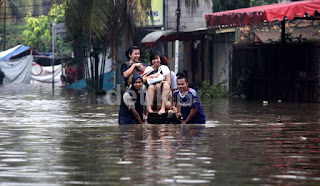 Will you give your children a place like this to live? Is it right to blame on other such as government? Did you do well manage with your garbage and plant more trees? Take your time to answer those questions. And let the earth knows the 'answer'.
Posted by Niken Widowaty at 23:55 No comments:

"I am living proof that dreams come true against all odds."
..Christine Ha..

I love watching Masterchef US and Junior Masterchef. Season 3 of Masterchef US brought a surprise! It's Christine Ha. A 33 years old petite lady and she's also blind. From the first time her presence makes me amazed and shame of myself. Amazed because she made a great food with taste it and smell it only. Shame on me because I can see but I don't wanna look at what I eat and look how it made.

In the early episodes, she lack of confident. She thought with  her vision lost, she won't be able catch up the competition. But she was wrong, otherwise she always leading the competition! And ended up as a winner!

How can she cook without any vision. She touch the food carefully, feel it with her hands every ingredients. During cooking, she always smell it and taste it. The spoon never can get far from her mouth!Hehe..

That's her strength, without any vision she cook like nobody watch it and taste it like she want to eat it and smell it to fed her soul. The judges lost their words so many time! No wonder if she won the Masterchef US Season 3. Congratulation Christine Ha and thank you for inspiring others like me.

Posted by Niken Widowaty at 18:48 No comments:

Email ThisBlogThis!Share to TwitterShare to FacebookShare to Pinterest
Labels: Ideas, What's On My Mind

A Second Of Pain An Hour Of Happiness

I got Rubeola!! Yeay yeay,, do you know what it's mean? It's mean I got rash all over my body. I got fever, and achy bones.. Uh, it doesn't feel good at all, while your body is achy and stiff and got high fever yet you can't have a good sleep. And it's contagious!

Even though I had a contagious disease, hubby took care of me gently. He use the gloves and mask and serve me anytime I need something. He fed me, bought me sushi, change my clothes, put ice on my forehead. He watch me during the night, He woke me up when I'm talk in one's sleep. He said I was singing while sleeping. How could it be? Hahaha..

At that time I did not stop praising Allah. Hubby said, taking from the words of Prophet Muhammad, that " every pain we got even just punctured by needle, it can erase the sin. Then take this opportunity to erase yours". Amin if that so. But I didn't thinking to erase sin that I made, indeed I keep regret myself for not being thankful before. It gave me time to be thankful of a healthy body that I had before. Even though I used to complain all the time about it shape, but at least i had one healthy and complete body it's more than enough. You don't know what you got until it's gone. It's truly right! So be thankful of what you got today and right now.

As I'm thankful of my hubby who took care of me during my weak moment, Allah sent another present for us. It's two stripes! Yes, I'm talking about the pregnancy test. A week ago I took the test pack, it's already two stripes but we didn't sure. So we wait until a week or two and run another test. And the result is: TWO STRIPES! Alhamdulillah....

We didn't plan it before. But now we're very grateful for the gift. If Allah let us take this responsibility, insyaAllah with His guide we will do our best. Bismillah.. :)
Posted by Niken Widowaty at 22:14 No comments:

Email ThisBlogThis!Share to TwitterShare to FacebookShare to Pinterest
Labels: Ideas, What's On My Mind

Wooohhoo it's 2013 already! What's your plans for this year? I'm pretty sure you're all planning of amazing year.. A better year than 2012.. That's human being, and that's good, it means we want to change to be better us.. So how many resolutions did you make? These are mine:

- Closer to Allah dan Family.
- More grateful of everything (already start my 'Thans God Book')
- Got driving lisence (Yes, I'am 25 and have none of any driving lisence! :P)
- Blogging more!
- Stay healthy and stick to the financial planning..
- Learn something new! (I'm thinking of sewing! Or more DIY decoration project at home.. ;) )
- Cooking or baking more than usual, I'm gonna make your tummy happy dear hubby! :)
- Travelling more with hubby.. <3
- Prepare myself to be an entrepreneur

And as a reward to myself, I will treat myself a journey to all day spa! Mesatilas perhaps.. Bisimillah, wish you all a great year coming!! *crossing fingers*  :D

Love
Posted by Niken Widowaty at 05:19 No comments: 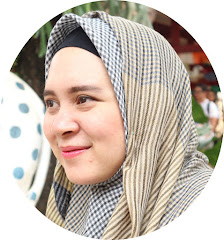 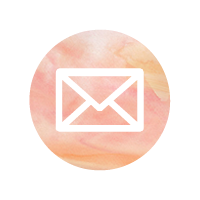